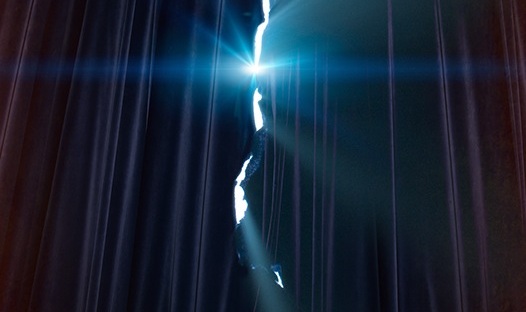 * a sermon preached at Luther Memorial Church of Chicago on November 16, 2014 *

The King of Assyria came to Judah and sent a messenger to King Hezekiah in Jerusalem. The messenger called out to the people of Jerusalem, in their own language, urging them to submit to Assyria. Greatly distressed, King Hezekiah ripped his clothes and went to the temple to pray and consult with the prophet, Isaiah. Isaiah urged King Hezekiah to trust in God and used these words:
2:1 The word that Isaiah son of Amoz saw concerning Judah and Jerusalem. 2 In days to come the mountain of the Lord’s house shall be established as the highest of the mountains, and shall be raised above the hills; all the nations shall stream to it. 3 Many peoples shall come and say, “Come, let us go up to the mountain of the Lord, to the house of the God of Jacob; that he may teach us his ways and that we may walk in his paths.” For out of Zion shall go forth instruction, and the word of the Lord from Jerusalem. 4 He shall judge between the nations, and shall arbitrate for many peoples; they shall beat their swords into plowshares, and their spears into pruning hooks; nation shall not lift up sword against nation, neither shall they learn war any more.

———
Pray with me, as we imagine a future of peace.

Break into our world, God.
Fill the earth with everlasting peace.
Break our hearts, God.
Fill us with love and compassion for one another.
Amen.
——— 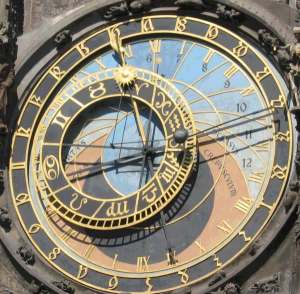 Knowing what time it is is not one of my spiritual gifts. Not in the sense that I don’t know how to read a clock, but in that I can become so engrossed in a project that I fail to take time away from that task. I’m someone who gets easily wrapped up in details, and so the most important thing at this moment is this one thing, and anything else is secondary to this and is a distraction from this really important thing.

Except this “thing” may be quite minor, and in fact, may not be all that important at this particular moment… When we have a thousand different things competing for our time and demanding our attention, we can feel…”torn”…

I think maybe King Hezekiah felt torn also. Literally. I mean, here we had this huge army from Assyria, advancing on Jerusalem, and a message from the king of Assyria essentially saying, “Give up, people of Israel. It’s not worth losing your lives fighting back. Jerusalem will be conquered by Assyria, so don’t listen to whatever Hezekiah is telling you, because he’s wrong.” For all of you Trekkies out there, the Assyrian army was basically the biblical Borg; “Resistance is futile.”

But Hezekiah knew that the message of the Assyrian army was not God’s message, and that God’s word to God’s people is one of hope. And Hezekiah wants to trust that, he really does want to believe that’s true. But that doesn’t mean that the Assyrian message of fear isn’t still convincing or compelling. I mean, Hezekiah was feeling pulled in two different directions; he was torn…and so what does he do?

He literally tears his clothes. Rips them in half… A visceral reaction to a very real inner struggle.

Maybe you’ve felt that way. Felt trapped because on the one hand you have a pretty convincing narrative of fear, and on the other you know God’s promise is a word of hope. But I think if we’re honest, hope is difficult; and all the more reason that a message of fear is so compelling.

Fear is easy. Our society is set up in such a way that our default position is one of defensiveness. If you tell me that my livelihood, my family, the things I cherish are in danger, I’m likely to believe you. Fear is a great motivator. Cultures of fear create beliefs in things like scarcity rather than abundance, or us versus them, or violence rather than peacemaking, or keeping people out rather than welcoming them in, or…insert your own dichotomies…

And it is precisely into these dichotomies, or gaps, that God enters into our world. In the Greek translation of the Old Testament, the word used there to describe Hezekiah’s actions is ‘schizo.’ It’s where we get our word ‘schism.’ The interesting thing about this word ‘schizo’ is that it’s used exactly twice in the Gospel of Mark. 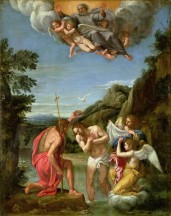 The first is at Jesus’ baptism; in Mark it says “the heavens were ‘ripped open’ and the Spirit descended on Jesus like a dove.” The Spirit of God enters our world through a ‘schizo’ and is set loose on the world through the teachings and actions of this wandering rabbi from Nazareth.

The second is at the moment of that same rabbi’s death, the author writes that the curtain of the temple was “ripped apart,” from top to bottom. See, in the Temple in Jerusalem, there was the place where everyone gathered, attended worship. And there was this other place in the center of the temple, called the ‘Holy of Holies,’ where it is said that God dwelled. Only the priests were permitted to enter the Holy of Holies. And this ripping, this ‘schizo’ of the curtain is important. See, now there is no separation between God and the world. With Jesus’ death, God has entered most fully into our human experience, even to death.

And we know that death is not God’s final word in the matter. More than just experiencing death, God defeats death, and brings resurrection—brings life. God’s promise is one of hope, one of life, to a world that desperately longs to hear it.

Swords and spears may have fallen out of favor, but make no mistake, we’ve just gotten better at making weapons. You see it every time you open a newspaper or watch the news: 1,839 shooting victims, 363 homicides, just in Chicago, just this year. 73 of those victims are children. Across our city and country and world, hurtful comments. Teasing. Bullying, both in-person and online. Social media, while a wonderful tool for staying connected, has opened up thousands of avenues for people, particularly children, to hurt each other.

Isaiah’s words to Israel are no less prophetic for us in 2014.

73! 73 young, vibrant, living, breathing, running, playing, beautiful children of God! I lay all these numbers out in front of you in hopes that they break our hearts! That by hearing these, our hearts are ‘schizo,’ ripped open, and that God would come in and fill our hearts with love and concern and care for one another. And that we might be moved to do something about it…

The crux of this Isaiah narrative lies in the tension between hope and illusion. Who are you going to believe? The king of Assyria, whose message is, “You don’t stand a chance against me, Jerusalem. I will lay waste to your city just like I’ve destroyed all these other cities around you.”? The king of Assyria who tells you that the future is already determined, and that the future is one of destruction and violence and death?

Or will you listen to Isaiah, who says that God’s future is a one of hope? Who says “Do not be afraid;” that in God’s kingdom there is no more war, no need for instruments of destruction.

BUT, if we really…truly…believe that God’s final word to us is one of hope—one of resurrection—our actions will not only reflect that, but we’ll actively work to bring that future about. We’ll say it in a few moments, “On earth, as it is in heaven.”

Isaiah saw God’s justice and peace as light that brings life to the nations. But for Isaiah, that light was not just “in the days to come.” Isaiah believed that the extent to which the Jewish people themselves became, or lived into, that light, all the nations would be attracted to that light and would come streaming to learn the ways of God and to hear the word of the Lord. 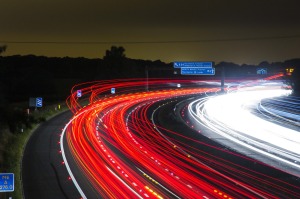 Returning to my favorite question that keeps coming up for me as we work through the Narrative Lectionary—How are we to be together?—I think Isaiah would have us ask ourselves, “How are we being light in this world?”

You know, I’ve spent a lot of my time here at Luther Memorial these past few months with the youth, with the junior- and senior-high schoolers. Let me tell you, they get it. They’re wrestling with difficult concepts, asking tough questions, and really trying to figure out what this life is all about. These young people, who are the leaders and decision-makers of the future, have this beautiful concept of what it means to live in a world together. They get it.

What we do here matters. Deeply. This…stuff…all of this…matters. If you’re wondering if that’s true, consider that in just a few moments, we’ll baptize a beautiful child of God. And the fabric between heaven and earth will be ripped apart, if only for a moment. And we’ll bear witness to a complete inbreaking of the divine in our midst. And the Spirit of God will be set loose on the world, yet again.

And as a congregation, we’ll make promises to Isabella that we, as a community, will be here for her, and support her in her faith, and encourage her in her journey. And these promises are not made lightly; we’ll hold each other accountable to do what we say we’re going to do. That’s part of what being a community of faith means. And part of what we’ll say to her is, “Let your light so shine before others, that they may see your good works, and give glory to God in heaven.”

Hezekiah’s first reaction was not to rush out of the city with his armies to do battle with the Assyrians. Rather, he prayed. He was quiet, and he listened. He consulted with Isaiah. In a culture of immediacy and instant gratification, the beauty of patience and waiting is bulldozed in favor of ‘I get what I want, when I want it, and I want it now.’ What might it mean for us to not rush into knee-jerk reactions, but instead to prayerfully consider what God would have us do? As we move, and even hurtle, toward Advent, we will be called to be people of patience and waiting.

How will we spend our time while we wait?