* A sermon preached for the finals of the James Kenneth Echols Prize for Excellence in Preaching at the Lutheran School of Theology at Chicago on April 28, 2016 *

** You may also want to watch and hear this sermon preached. Here is that video. And here is the audio if you prefer to just listen. **

I shot up! Throwing the covers off of me! Scrambling to climb out of bed! Stumbling toward the door! Tripping over my feet…!

I looked at my clock. Yeah…I still had another hour before my alarm was set to go off.

Have you ever woken up from a dream and felt it slipping away with each ticking second?
Or how about being jarred awake from a dream because it was so vivid, so visceral, that it actually, even if only momentarily, altered your reality?

I won’t pretend that I can explain the science behind our brains or what happens when we dream, but it’s a little unsettling to me that our brains are capable of producing such vivid visuals so as to actually come to bear on and alter the very fabric of our reality.

I think this vision of John of Patmos that we hear today is kind of like that second dream. John’s vision is so real, so vivid, so compelling that it pleads with us to read and understand it as reality, or at least a possible reality.

John paints a picture for us, using the brightest and richest hues, so as to stir our imagination that we might actually begin to believe that a new future is possible. Gleaming in glory, brighter than the sun and the moon, flowing with crystal water, plump and juicy fruit.

The lectionary today leaves out a fair amount of detail regarding the new Jerusalem itself, but the verses describing the city are so evocative, I think they’re important for us to hear. “The city is full of the glory of God and a radiance like a very rare jewel, like jasper, clear as crystal. It has a great, high wall with twelve gates, and at the gates twelve angels, and on the gates are inscribed the names of the twelve tribes of the Israelites. The wall of the city has twelve foundations, and on them are the twelve names of the twelve apostles of the Lamb. The city is fifteen hundred miles long by fifteen hundred miles wide.”

Are you starting to picture it?

Just in case, I invite you to close your eyes because right here is where John really starts painting: “The wall is one hundred forty-four cubits high. The wall is built of jasper, while the city is pure gold, clear as glass. The foundations of the wall of the city are adorned with every jewel: jasper, sapphire, agate, emerald, onyx, carnelian, chrysolite, beryl, topaz, chrysoprase, jacinth, and amethyst. And the twelve gates are twelve pearls, each of the gates is a single pearl, and the street of the city is pure gold, transparent as glass.”

Can you see it? 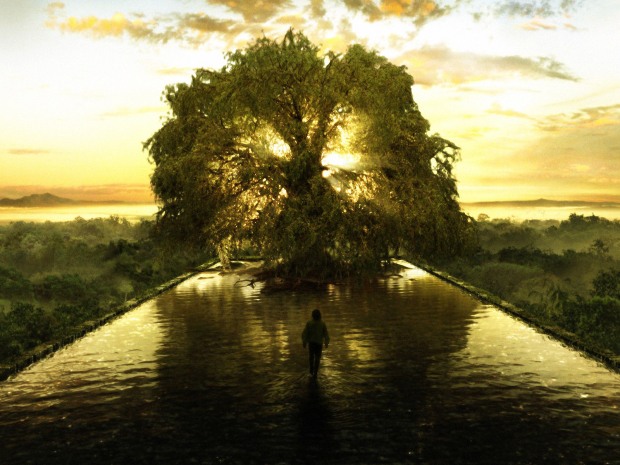 American Reformed theologian, Lewis Smedes, noted that one important element of hope is the ability to imagine a desired future. If we can’t picture this future, our desire for it won’t be nearly so fierce and our hope won’t be nearly so robust. So John casts a vision and paints this intense picture of the new Jerusalem to stir our imagination and, thus, our hope.

When I came to LSTC in 2012, the mission statement read, “LSTC forms visionary leaders to bear witness to the good news of Jesus Christ.” Sometimes, I wonder if we, the leaders being formed, haven’t begun to lose that vision.
If you’re wondering if that’s true, consider how quick we are to vilify and dehumanize one another in the comments section, rather than to physically sit across from someone, face to face, vulnerable, and ask forgiveness for the ways in which my words and my actions have kept you from living and being anything less than the beloved child that God has created and intends.

Sometimes, it can certainly feel like the vision evades us.

And yet, our Scriptures beg us to recapture and recast that vision. In Proverbs we hear that, “People without a vision perish.” The prophet Habakkuk entreats that we “Write the vision, and make it plain on tablets. For there is still a vision for the appointed time. It does not lie.”

Our dreams inspire us to hope, dear friends. Doctor Jonas Salk, responsible for the polio vaccine, said, “Hope lies in dreams, in imagination, and in the courage of those who dare to make dreams into reality.” Hope is what allows us to stand courageously in the face of fear.

That hope is especially important in this day and age when we’re constantly being bombarded by messages of what and who to be afraid of. Terrorists, refugees, banks, the working poor, Republicans, Democrats, even Libertarians!
Does anyone even dare to turn on the news anymore?!?

We must stand resolutely against those fears, grasping onto hope with every ounce of our energy. Hope that was first announced to the world by faithful women, “HE. IS. RISEN!”

Indeed, it is in the waters of Baptism that we are claimed and charged with carrying the light of hope into the world, empowered by the Holy Spirit, to illumine the dark places. And it is in the meager meal of bread and wine, Christ’s very body and blood, that we are nourished and sent out to be the body of Christ in the world, to do this work of carrying and holding hope for one another.

The placement of this passage toward the end of the season of Easter, in such close proximity to the Pentecost event and the formation of the church, suggests that we might hear a vision for the church as part of John’s vision of the new Jerusalem.
Might we be inspired, dear friends, to hear that the church is not bound to depressing statistics, disappointing membership numbers, and decreasing bank accounts?
Might we be invited to hear the new Jerusalem as a metaphor for the church, being a mechanism and an agent for God’s restoration of the world?

This clarity of vision allows us to be open to what God is doing and gives us the courage and agency to join in God’s work of restoring and reconciling the world. Work that was begun in a single act of Resurrection; when God raised Christ to life, declaring that death no longer has dominion. Death is no longer the final word.

The central figure in John’s new Jerusalem is the Tree of Life. In this new heaven and new earth, all are fed and healed. Fruit from the Tree of Life is produced each month and the rifts between nations and peoples are repaired. John’s vision is inclusive. There are walls defining the city of God and gates facilitating entry and exit, but the gates are forever opened.

There is no temple in the new Jerusalem. God has made God’s dwelling in and among God’s people. God’s people exist in perfect union with God. And the new Jerusalem itself, this gleaming city, highlights the extent to which we are not only made to be in perfect union with God, but that we are also living in union with one another. As a vision for the church, John illustrates that part of this future reality is reflected in how we see ourselves as inextricably connected to each other; as Dr. King said, “caught in an inescapable network of mutuality, tied together in a single garment of destiny.”

John’s vision of a hoped-for future in perfect union with God is inclusive, it’s ecological, it’s beautiful, and it is just.
It’s almost unimaginable.

And yet, we are implored to imagine such a future, for if we can’t, what hope do we have that our present reality could possibly begin to reflect John’s vision of the incredible future God has in store for us?

I think it’s significant that our Scripture comes from the closing chapters of Revelation, about as close to the end of the written Word of God as we get. John of Patmos stands in line with numerous great prophets of the Bible, and I think our Scripture begs us to interpret John’s vision in light of those prophets that came before him.
That is, in the new Jerusalem, the prophetic lineage culminates.

The lion and the lamb lie together, bonds of injustice are broken, captives are released from their prisons, swords are beaten into ploughshares, nations refuse to learn war, people are reconciled to one another, and the imperial reign is that of God’s perfect peace—Shalom.